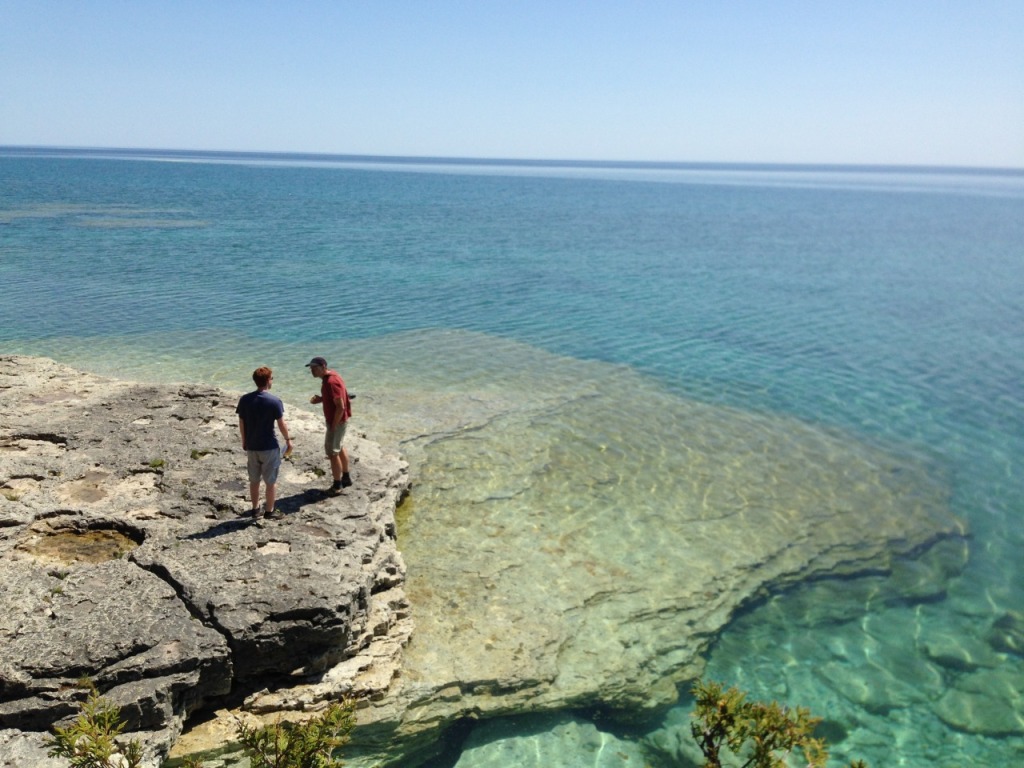 While Wisconsin more so conjures images of snow and cold (and cheese) than it does the ocean, it actually has a spectacular coastline along Lake Michigan that undergoes traditional coastal geomorphology processes.

Wave-cut platforms are the remnants of previous cliff lines. As the waves roll in, they continually pound against and erode the cliffs, causing undercutting–cutting deeper and deeper in the rock until a cave forms (shown below).

Due to the force of gravity and freeze-thaw cycles weakening the rock above the undercut areas, mass wasting erosion of the existing cliff face occurs, leaving behind a flat platform at sea level.

The cliff will continue to retreat as these erosional processes take place, progressively leaving behind these bedrock ledges.

All images and illustrations by author